I guess nobody missed what Elon Musk and his SpaceX accomplished the past day. Falcon Heavy, world’s most powerful rocket has been launched. The result? A car in space and three rocket boosters returned to earth with success.

The success is a major step toward cheaper, more frequent spaceflight. 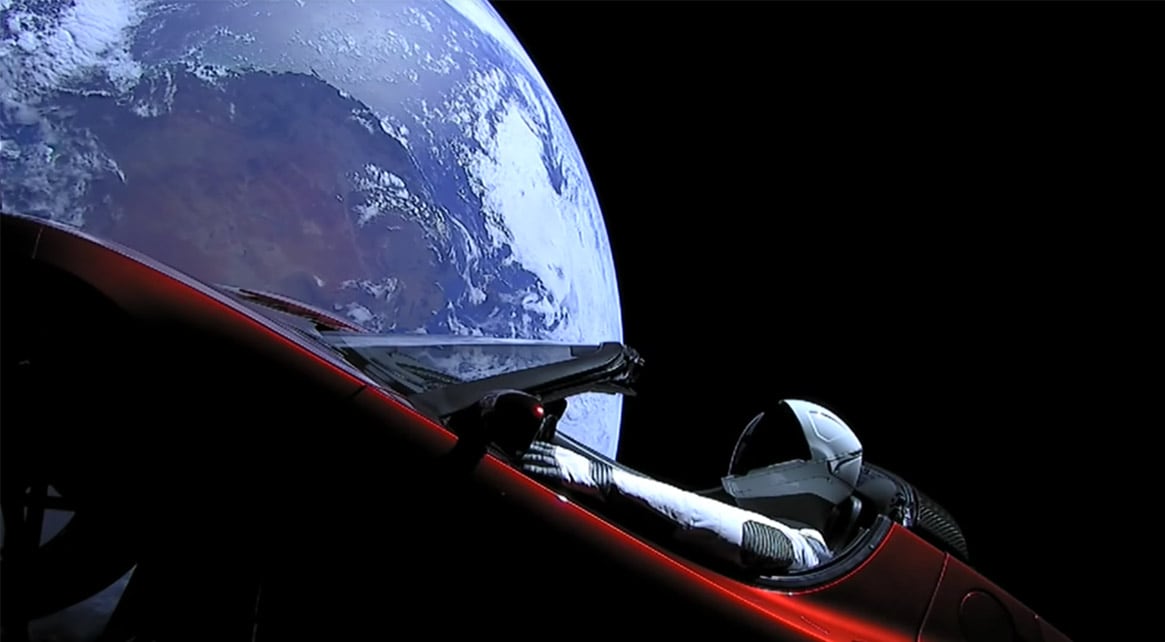 I’m incredibly impressed. Seeing a car in space is unreal and to watch the two side boosters return to earth simultaneously was mindblowing.

The car continues its surreal path around the planet, now on the way to the Asteroid Belt.